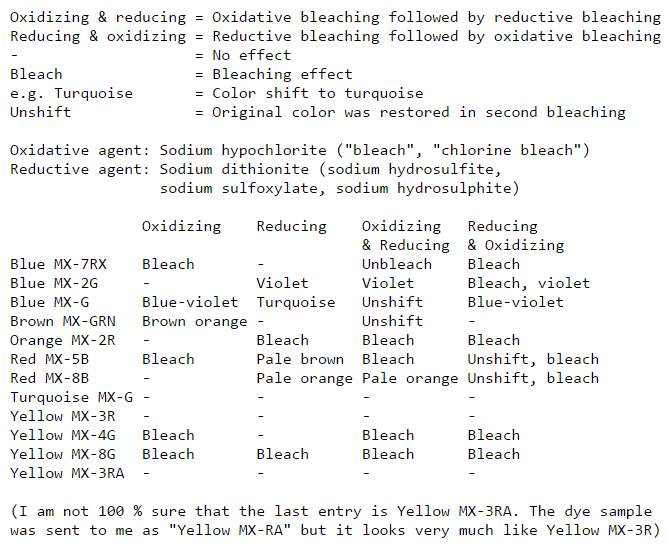 DyersLIST is "an internet mailing list intended for the discussion of technical questions, problems and information related to immersion dyeing and to the surface application of synthetic dyes, textile pigments and related chemicals, to fabric and fiber" (list.emich.edu) owned by East Michigan University.

I was a subscriber of DyersLIST from 2002 until 2012. During this time, web search engines (Google etc.) gradually took over most of the information searching done on Internet, and I started to realize that to the contemporary standards, the way the list archives were accessible was very inefficient: One had to subscribe to the list and to log in to the search system using ones password. In 2012, the list has about 500 subscribers, which is a fraction of the number of people in the world that might reach the information via web searches, was the information available. Therefore, I cannot recommend anyone to contribute to DyersLIST, but instead to write on some other dyeing-related forum that has better search engine visibility.

Information wants to be free!

To make my own postings to DyersLIST visible to search engines, I have attached all of them below.